So you have landed yourself a new job as the leader of a project, team, department, or company. In most circumstances, you would have to introduce yourself by giving a short speech.

But what should you include in your speech to make a good impression and show yourself as a leader they want to follow? Unlike any non-managerial position, what you say in your speech and how you deliver it are equally important because:

Of course, your leadership and what you do later would tell if you are a great leader, why should you bother what and how you say on the first day, right?

However, just as we always emphasized in other posts, the conservatism bias will do you no favor if you ruin your first impression. You would need to work harder to change what people think about you when the first thing they know about you from anything they heard and seen is not a positive perception and judgment.

Also, it will be easier for you to use your authority to influence them to achieve the company's goal through conversation and any job you want them to do if they perceive you positively. People are increasingly nitpicking and selective about who they call their leader, so you need to impress them by preparing your speech beforehand.

In this guide, we will share what you should do before the speech because it's ultra-important (bonus tip!), then only what you should include in your speech when you introduce yourself professionally and confidently on your first day of work as a leader and manager.

1) Ask about the history

Before you give your speech, you should talk to the person who shows you the room when you arrive at your new workplace, your boss, and the hiring manager. Try to figure out the following things:

Knowing these is vital for you to craft a relevant speech. You would not want to sound like you are going to implement a lot of changes to make things better when the team is already getting used to a more relaxed working style under the previous leadership because this would create resentment.

Your speech has to fit with the morale of the current situation to make a positive impression. Besides, the information you get will also help you manage the people more efficiently and integrate into the environment faster.

So it would be even better if you could schedule a meeting with the hiring manager or your boss before your first day to have a short conversation to gather the information and know what they expect from you.

As a leader and manager, your title has given you a form of power and authority, especially with the expertise, knowledge, and achievements you gained in the past. However, nobody in the team knows who you are and your background except knowing that you are their new leader (unless you're already a well-known figure in the industry).

As a leader, establishing your credibility is one of the most important steps on your first day of work. There are several indirect ways to brag about yourself that we will discuss later, but you would need some direct way as well. This is why it's best to get someone to introduce you—ideally your boss or someone the people respect in the company.

When it's about your credibility, getting someone to talk about it sounds more credible. Get over the emotional hurdles of asking for a favor from your boss to introduce you because they are likely to be understanding and would be glad to do so—most of the time without you having to ask for it. Here's an example of what you can say:

Michael, would you mind telling the team why you got me on board before I introduce myself to the team later? This is important for the team to know more about me, and having the person they respect the most to do this would help the people and I get along with each other faster.

Just tell him/her why he or she is the best person to introduce you. You will likely get a Yes. Generally, it should be enough for your boss to talk about your achievements and why he/she chose you for this position.

Before we go into detail on what to include, you should understand the importance of authenticity and confidence when you deliver your speech.

Authenticity will let people trust you more and improve the morale of the team. It makes people feel that they are being valued and respected, and they will be more willing to open about the challenges they are facing.

When you are perceived as an authentic person, the people will follow you and hold themselves accountable for their task and mission. They feel comfortable contributing and connecting due to the culture of transparency, vulnerability, and integrity that often come from an authentic leader.

On the other hand, confidence is vital in making you look like a real leader with expertise and knowledge. It will make people think that you are fearless, hopeful, and certain that you are optimistic about where you are leading them to.

Nobody wants to follow a leader who looks like he/she lacks the capability to represent them. Generally, it's more like a blend of an emotional and logical part to introduce yourself. We will discuss how you can sound sincere and confident in this speech that you cannot afford to ruin.

Here are what you should include in your speech:

Your boss should have mentioned why he/she is excited to have you on board with your achievements and why he/she thinks you will be a good leader.

When you do your opening, you should tell people your name and how you want them to call you (obviously), and a brief history of where you worked and what you were in charge of before.

In case your boss forgets to talk about your achievements, you can 'brag' about it indirectly by weaving it into your previous job responsibilities. For example:

I led an incredible business development team of 20 people when I was in ABC that we were able to secure big companies like XYZ and EFG as our clients when the company was starting as a nobody. To be honest, I'm still in awe of how my team has done it today, and I'm grateful for the effort they put in.

You can also deprecate your achievements by saying the actual feelings you have when you were doing a tough job. This will show your authenticity, resilience, and probably humor at the same time:

I led a fantastic business development team of 20 people when I was in ABC, where we were given a challenging mission to increase sales by 20% within three months. I always felt like I got paid for being hated and hung up by the prospects because that's really what we got most of the time.

When you want to mention what you have done before and what you achieved, it's easy to make it sound insincere and boastful. There are several ways you can do to avoid this:

2) Establish credibility and give a praise

This is important, especially when you are not coming from the industry before. You can briefly mention what you know about this industry and some relevant story or experience about it.

Then, you can talk about your motivation to join the company by sharing your personal story. This helps people to understand that you are a leader with a strong purpose. Being vulnerable and genuine will make the people let their guards down. Telling a relevant story that is inspirational and filled with emotional language is one of the best ways to establish credibility and make people feel connected to you.

You can also share personal information about yourself and be open and honest about how you feel on your first day. This will build an instant connection because they will feel that you are a real human being. If you know that you have something in common with them, you can also include it in your introduction.

Next, it's when you start giving praise for the team from what you have heard about them. You can show how you are confident that the team can achieve great things together because they have had excellent results (stuff you know from the conversation with your boss) before you join. Hence, you believe the spirit will continue, and the glory will always belong to them.

Although it's tempting to announce your plan to make the team and the company better or to implement any changes or systems your boss is asking you to do, I'd suggest you keep that for later before you build a connection with the people.

This is because you might not have talked with everyone in the team yet; you don't know what they are thinking and who they are. There might be some people who are still skeptical about why you are here, so you should start off with a friendlier tone, although you are the leader and you should keep a distance for you to lead effectively.

Connecting with them would help you integrate with the environment easier and avoid them being critical of you. Here are what you can do:

So we have discussed what to include in your self-introduction speech on the first day of work and being authentic. How do you show your confidence? This will depend on your way of delivery.

How you present yourself, including your gestures, expressions, eye contact, and verbal communication will reinforce your credibility, especially when they are aligned with how the people perceive you about your character, knowledge, experience, and values—what you say.

To achieve this, you should prepare your speech and practice numerous times before you speak. At Rehearso, you can rehearse your authentic and effective communication for different purposes. Your verbal and nonverbal language will be analyzed by A.I. to give you feedback and improvement suggestions. By doing practice, you can playback your recording to watch yourself if you sound and look convincing.

More importantly, the A.I. will let you know if the people will perceive you as an authentic and confident person from how you communicate and deliver your script—using deep learning that learns from different speakers' performances. You have to ensure that you look professional and confident when you talk to the people you will lead in the future.

By now, you should fathom that it's important to show your authenticity, confidence and be a good storyteller when you introduce yourself on your first day of work. It's highly recommended for you to include at least one or two stories when you speak, depending on the time you have.

Remember that people are curious about who you are too, and the best way to engage with them is through a story, especially a personal one. Whether you are leading a young or an older generation, people always love it when their leader is true and real.

With that said, all the best on your first day of work! Do you have anything else to add to the speech that you think is important too? Let us know in the comment box below to help more people nail their first speech at the new job! 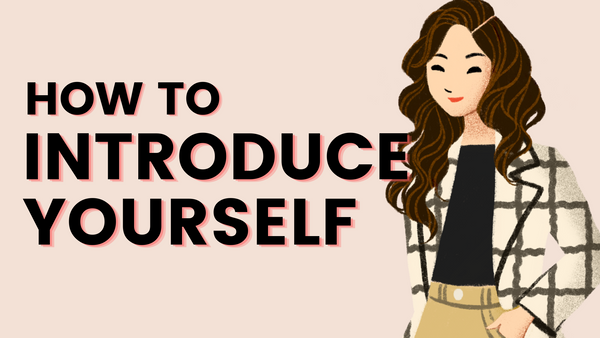 In this guide, we'll show you step-by-step how to introduce yourself to your new co-workers on the first day of work for different scenarios. 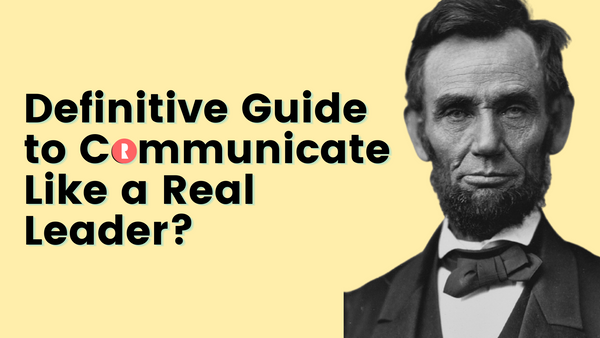 What should leaders do with their eye contact, expressions, and hand gestures when they speak, listen, and give feedback? How would a leader talk to be perceived as a competent and confident person? In this guide, we will tell you all the secrets you need to know. 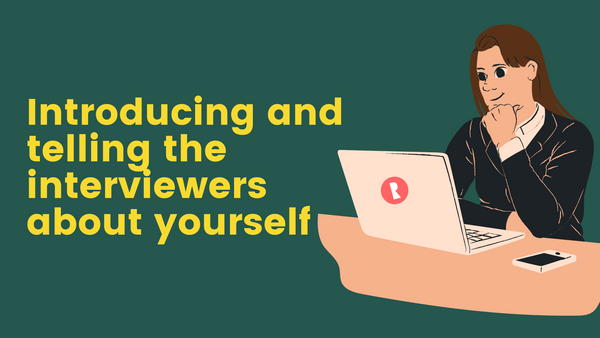 Essential guide to how to introduce and tell the interviewers about yourself in a job interview. You just have to choose which structure is the best for you according to your level of experience.